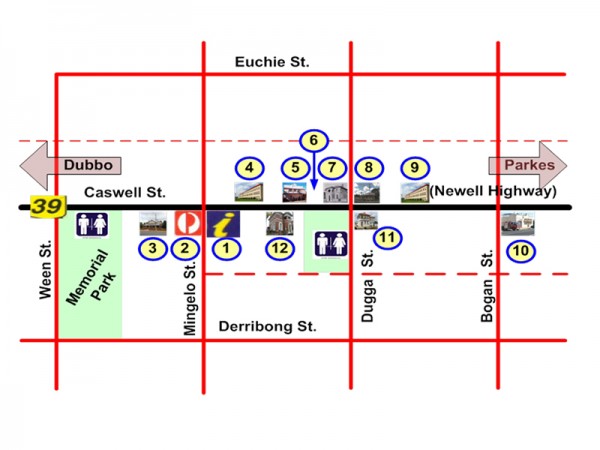 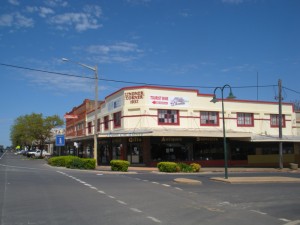 William (Bill) Lindner was born in 1877 and came to Peak Hill in 1900 by horse and sulky with five pounds in his pocket.

He worked hard and eventually owned Euchabil and Home Plains properies.  From 1930 he further invested in property and at one time owned fifty two houses in Peak Hill as well as eleven business premises. His name is perpetuated in this building and also in Lindner Oval.

Lindner married fairly late in life and ad two sons.  He died in 1960.  The site is now home to the Information and Craft Centre. 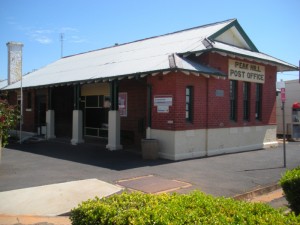 The first tender for the building of the post office was cancelled in 1898.  A tender by J. Dunkley was later accepted at 530 pounds.  Business commenced in September, 1899.

Since opening in 1928, the building has been put to various uses.  It served as a School of Arts, with billiard tables, card tables, lending library and meeting room for the general public.  The southern side extension, financed by Peak Hill United Services Club, opened in 1957.

When the Bowling club premises were destroyed by fire in 1981, it was used as a temporary club house while a new one was built next door.  Today, the rear of the building is owned by the Aboriginal Community.

The building commemorates the services of thos in the town district who gave their lives or served in the Great War. It is currently used by various organisation as meeting rooms.

Formerly known as the Cambridge Club Hotel, the Club House Hotel was Peak Hill's first two storey building.  It is still trading today. Opened in the lively Gold mining days, the rooms were nicely furnished and the table goods, liquors and cigars were all of the finest quality.  The hotel was well known for its finery.  It currently holds the only hotel liquor licence in Peak Hill.

Also Book your the ABBA festival at Trundle only 40 Minutes drive. Held in May each year.

Why not experience some friendly country hopsitality. 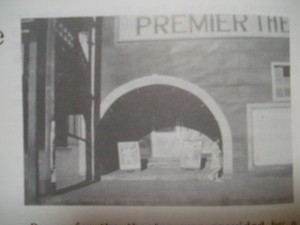 Look closely at the vacant block next to the Club House Hotel and imagine some one playing piano and violin to silent movies at Peak Hill Premier Theatre.

In the '30s it doubled as a skating rink in winter. Seats were removed and the floor dusted with white powder.  Sadly, skating came to an end when the eighty pairs of skates were destroyed in a fire at Tullamore, where another weekly skating rink was conducted.

Talking Pictures came to the Premier, one of the few chosen.  Ultimately the demise of the building came due to vandalism and a fire sixty years after it opened.  A sad end to happy memories for many. 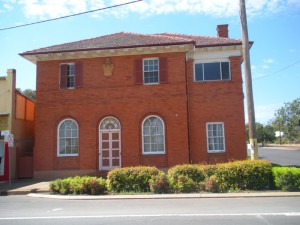 The site of the Westpac bank was purchased in 1934 for fifteen hundred pounds.  The building was erected in 1934.  Bricks for the building were made at Peak Hill by Chandlers Brickworks.

Originally the Bank of NSW, it merged with the CBA in 1982 to become Westpac Banking Corporation.  The building is now a residence. 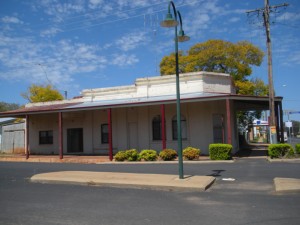 The first Bank top open in Peak Hill was the Australian Joint Stock Bank in 1890.  Land was purchased for a building site in 1891.  this building housed a number of banks such as CBC in 1909 and in 1907 the Australasian Bank of Commerce. 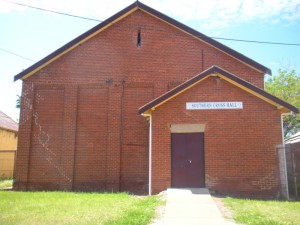 Southern Cross Hall was built by the first resident priest, Father Michael Heath, who arrived in Peak Hill in 1912.  Fr. Heath saw a need and in 1922 built the Hall.  It was sold in 1979.  If the walls could talk they would tell many a tale of a dance or two where locals met their respective partners. 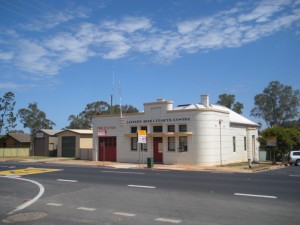 The building was no longer required after the amalgamation of shires in 1980.  It is currently used as an Arts and Craft Centre.  Adjoining the building is the NSW Fire Brigade. 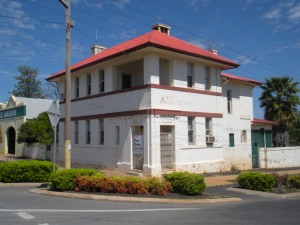 The ANZ Bank came to Peak Hill in about 1951 after the Bank of Australia merger with the Union Bank of Australia.  It traded in this bulding and was sold.  It is now privately owned and is the home of Cosser's Diecast Collectables. 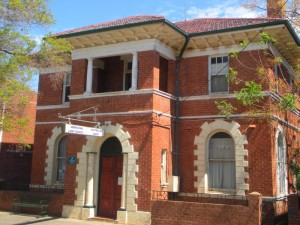 Built in 1923 and one of the finest buildings in Peak Hill, CBC closed in Peak Hill in 1942.   The building is now the office of the Aboriginal Lands Council and Centrelink Office.